Our January Farm Sponsor Spotlight is Moore Family Organic Farm in Lansing, NY. Maggie Reeger, FaHN VISTA, spoke with Larry Moore to learn about the farm and its contributions to the local food system. 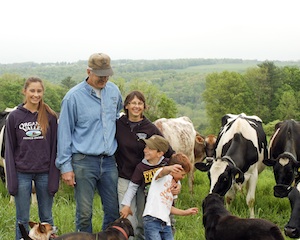 Farm background:
Larry Moore grew up across the road from the farm he now owns and operates. Much of his time as a kid was spent there, and his uncle also farmed down the road.Larry began farming on April 1, 1987 and has established a successful family farm. “I enjoy farming and want to preserve our land so the next generation has the opportunity to farm, if they want to. I want to put the land in better condition than I found it.”

Transition to organic farming:
In 2000, Larry began to consider organic milking. He was already using some organic practices but was not certified at the time. By 2006, he started milking organically. The transition was, in a word, “brutal.” Because the price of organic feed is higher than conventional feed, it became necessary to transition the cows from a grain diet to one that included more pasture time. He had to learn how to graze his cows without sacrificing milk production. “The milking industry has bred cows to eat grain for the last 40 to 50 years. My cows were used to eating grain, and the transition was hard for them to eat more grass.”

Most farmers who choose to become certified must also learn how to end their reliance on antibiotics and hormones. For Larry, this wasn’t a top concern. Prior to becoming organic certified, the cows received few antibiotics–the veterinarians knew how to treat the cows without using them.

It also took a few years for Larry to be able to grow organic crops. For land to be certified organic, it takes 3 years from the last application of chemical spray, conventional fertilizer, or treated seeds. Despite the challenges faced in becoming an organic operation, Larry believed in the value of organic farming. “I didn’t like spraying and wanted to make a change. Using chemical sprays and hormones do affect us, and I wanted to prove that you can farm without them. We’re happier for it.”

Joining the organic community:
Unlike the conventional farming community, Larry found a great network of resources. Through Organic Valley, farmers have access to a support system made up of veterinarians, nutritionists, agronomists, and other farmers. Larry attends informational meetings and meets farmers from all over the country. They share their experiences and learn how to implement those strategies at home.

Support from consumers is another critical component to organic farmers’ success. Organic products are becoming more sought after, and “Consumers appreciate us and what we do.”

Farm operation:
The farm has a herd of 90-100 Holsteins, Jerseys, and Milking Shorthorns, with calving throughout the year. To balance time between growing crops and managing dairy production, more milking takes place in the fall and winter months. There are around 40 cows milking at a time.

Larry grows corn, soybeans, winter barley, winter triticale, spring wheat, garlic, and clover. Crops are grown rotationally on his farm and rented land. He owns 215 acres and rents around 180 or 200 additional acres. In addition to growing crops, “A beekeeper has brought an apiary on the farm this year and we typically tap our maple trees to make about 30 gallons of maple syrup for friends and family.” 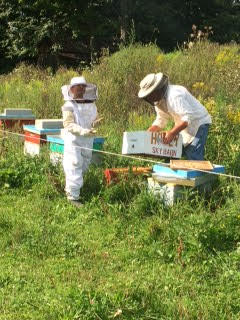 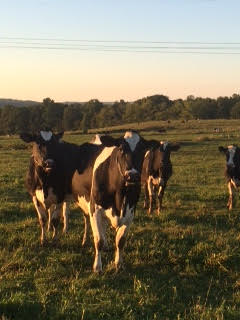 What he enjoys most about farming:
“Working the soil, being outside, marveling at creation, being in it, and being part of it.”

Biggest challenges of farming:
Rented land can be difficult to keep and maintain for organic farming. If a conventional grower outbids an organic grower for land use, that piece of land cannot be used again to grow organic crops for at least three years—the land must go through a transition period to restore it for organic production.  This can pose a challenge for an organic farmer who rents farmland. It helps to develop relationships with local farmers and neighbors. Larry is fortunate to have supportive neighbors who appreciate organic farming.

“Every farm is unique. To make farming your job, you have to be willing to work hard so you can pay the bills. We’re always trying to do better, and there’s so much knowledge out there.”

What is needed to support the local food system: 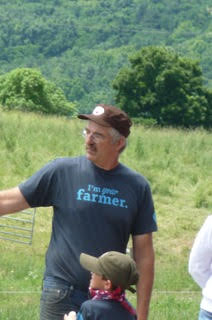 Better education is key to informing consumers about the origins of their food. “People are increasingly interested in where their food comes
from, and there is never too much information and awareness of the local food system.” Becoming a thoughtful and informed consumer, and knowing the difference between the terms ‘natural’ and ‘organic’, will help to make a change for the better. “Learn about your neighbors who are growing your food. Be educated about what you eat, how it grows, and who grows it.”

Advice for beginning farmers:
“Don’t be afraid of being tired. It’s not a bad thing. Being tired at the end of the day and sleeping good, knowing you worked hard that day…it’s a good thing.”

On being a FaHN Farm Sponsor:
“My wife’s sister, Diane Albrecht, made us aware of the Food & Health Network. We’ve always been interested in local food sourcing, meetings, and getting more information. We’re always trying to improve the conversation and be part of it.” 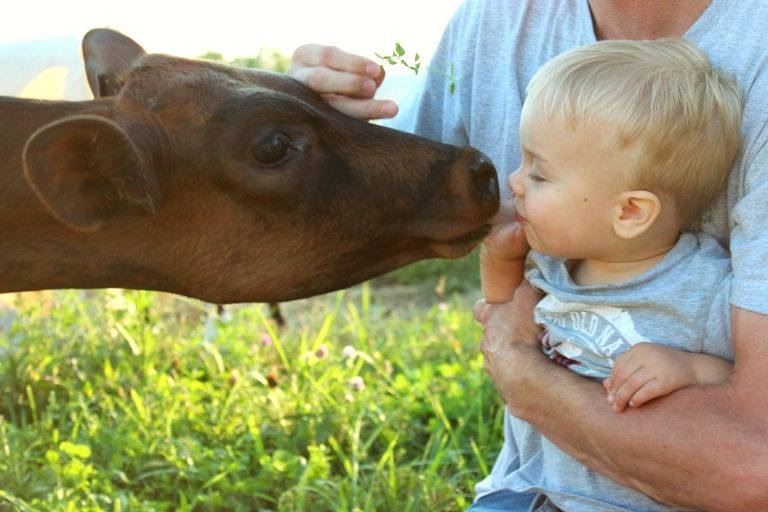 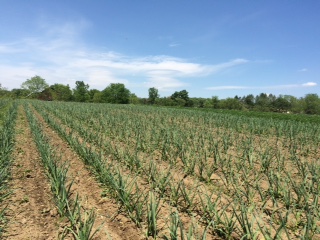